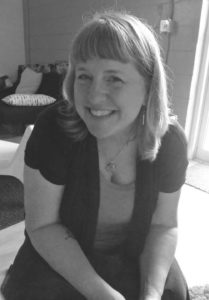 Kristi Cameron grew up in Rome, Georgia, and graduated with a degree in English and Secondary Education in 1992 from Berry College. After graduation, she moved to Athens, Georgia where she briefly taught English as a Second Language to middle school children. Even as she worked with adolescents, however, her curiosity and professional passion was more evoked by the experiences of the very youngest children.

In 1993, Kristi began graduate school at the University of Georgia where she studied in the department of Child and Family Development and first encountered the Reggio Emilia approach to education. Eventually, she transferred into the Education department where she received her M.Ed. in Early Childhood Education in 1997.  After graduation, Kristi moved to Atlanta where she has worked in several capacities in the early childhood education field – teacher, college instructor, consultant, stay-at-home mom.

Throughout her education and her career, Kristi has been strongly influenced by the experiences of the schools of Reggio Emilia, Italy and has been fortunate to participate in several study tours to Reggio Emilia.

She has two sons, Will (age 20) and Eli (age 18). Will is a junior at Vanderbilt University and Eli is in his freshman year at the University of Southern California. Both of her sons are graduates of Maynard Jackson High School in the Grant Park neighborhood where they live.

Kristi is currently in her fourth year as a doctoral student in Educational Policy Studies/Social Foundations at Georgia State University.