On November 2, 2016 members of our class had their first experience in the new atelier space, which was moved into where The Nest’s dining area was previously. During our time there, we continued to explore light and shadow by placing different objects on an overhead projector. There was also lots of opportunity to explore the space itself, and nothing was off limits! This was especially appealing to the more mobile members of our class. 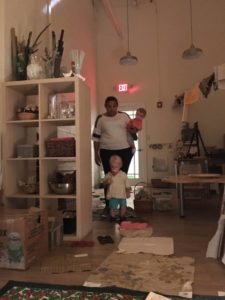 Chanel, Wylie and Theo entering the new space for the first time. 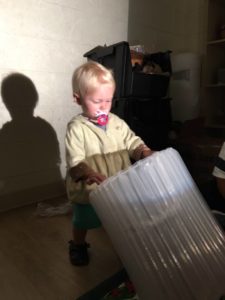 Wylie was interested in looking at friends and objects through the center of a big piece of packing material. 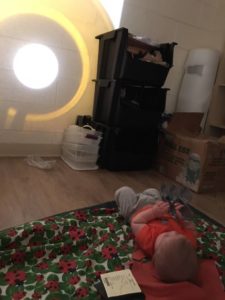 Theo loved looking at the light and shadows that were projected from some records. His eyes were continuously following the movement on the wall. 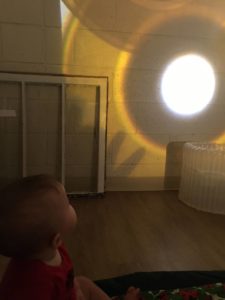 Remy was interested in both the projections and the projector itself. 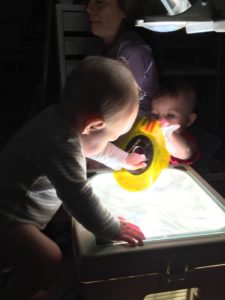 Cassie stayed busy at the projector for the duration of our entire visit.